Almost ten years ago, I started a regular podcast series. Typically a one hour mixtape featuring any and all styles of music.

Initially it was about getting my favourite records and CDs into a place where I could listen to them online and in some kind of mixed format; however, as time went on, it’s spurred me into a perpetually rewarding routine of tracking down new and old music that I can include in each mix.

So here is the 50th episode in the series… 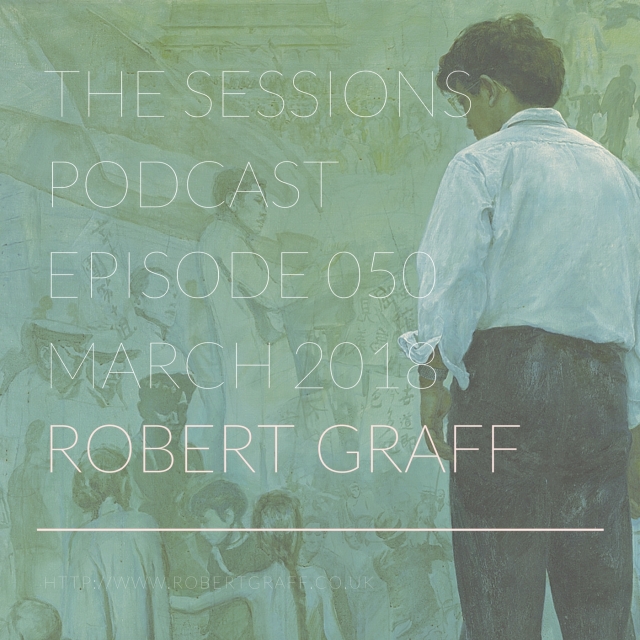 Here’s a walkthrough of the track listing.

Everyone I know who’s enthusiastic about music loves Brian Eno. Eno has had an epic career from the days of Roxy Music, working with Bowie through his Berlin trilogy, U2, Coldplay, right up to the current day. I was always aware of him, but it was my mate Geoff, who featured as a guest in earlier episodes of this podcast, who leant me a huge handful of Eno’s back catalogue, and I’ve been hooked from that point forward.

I’ve overdubbed an interview with Eno himself, taken from a highly dubious bootleg called Ghosts, which contains early mixes from the “My Life In The Bush Of Ghosts” sessions.

When I first heard the album, I was so obsessed with In Dark Trees that I didn’t give the rest of the album enough of my attention, but the album as a whole is absolutely terrific; It’s cited by many as his best and I’m inclined to agree.

2. Hammock – In The Shape Of Longing – Taken from the compilation Disquiet Volume 1 – Unseen Music – Buy

Hammock are a duo from Nashville, US. I hadn’t heard their music before this compilation came out on Keith Kenniff’s Unseen label; It’s simply dreamy, epic stuff.

I caught this one through Mary Anne Hobbs’ fantastic weekend 6Music radio show. Mary Anne & I seem to have very similar tastes. Erland Cooper is an award winning, multi-instrumentalist and producer who was born and raised on the archipelago of Orkney, Scotland.

4. Stars Of The Lid – Even (Out) – Taken from the album And Their Refinement of the Decline – Kranky – Buy

Kranky are one of my favourite record labels, and this is very film-score esque, and reminds me of the incredible Upstream Color soundtrack which, if you check this blog, you’ll know I am fairly obsessed with.

During the 90s, I bought more drum & bass records than anything else. Frustratingly, in hindsight, I think I should have been buying more techno records, because it was clearly an amazing scene that I still know very little about.

The Apollo (R&S) label re-issued Yuji Takenouchi’s various EPs as a compilation late last year, and it is a fantastic snapshot of the ingenuity of that era.

A lot of my favourite records don’t necessarily have much of a following, and it’s clear that i’m often on my own in some cases. This is not the case with “2 Deep”; I first heard it via a Somerset-based pirate radio station, Shockwave, who had a weekly jungle show hosted by the Chaos & Julia Set, also known as Warp Records artist Mark Pritchard and fellow cohort Dom Fripp.

Unlike a lot of records from the same era, I feel this one still stands the test of time, and is probably the most treasured item in my collection. This is confirmed by the absolutely staggering price that this record now demands on the 2nd hand market. I’m very lucky to own a copy.

50 Words For Snow is the tenth Kate Bush album, first released 21 November 2011. Her piano playing throughout is incredible, and the production is first class.

Julie Murphy is a singer songwriter and member of Welsh folk innovators Fernhill. She writes songs at the piano at home in the Welsh countryside.

The Solaris soundtrack is one of my all time favourite albums; I lose count of the times I’ve listened to it, as it’s totally perfect headphone music. I’m ashamed to say that I slept on the Drive soundtrack, mainly, I think, because I really didn’t enjoy the film. However, it cropped up in an Adam Curtis documentary for the BBC, and really caught my attention. It’s an incredible album of music.

Christopher Tignor is a composer, violinist, lecturer, and software engineer. His emotionally charged scores and unique focus on live, performance-based electroacoustic practice has won acclaim within both the classical and experimental communities across 8 x LPs on the Western Vinyl and New Albion record labels.

King Moot is a Dorset-based duo who reside in my home town. The album was released on 1st January and is available as a free download. You can watch a mini-video with an edited version of Mustard via this link.

Another piece from the breathtaking Drive soundtrack by Cliff Martinez.

I love any drum & bass that adopts unusual time signatures. This 7/8 piece has a complete disregard for current styles and dance floor viability. This tiny side of the scene is the only reason I still follow it. A fantastic piece of music.

Darkestral was the label that brought us Instra:Mental’s groundbreaking drum & bass singles around 2008. This is taken from what appears to be, at present, the final release from the label. Transportation AAD is a pseudonym of Alex Green, who was one half of Instra:Mental.

Empire State is the 6th LP from London-based Blu Mar Ten, who have been part of the drum& bass scene since 1996. It’s without doubt their strongest d&b album yet.

A collection of remixes of the Empire State album is due to drop imminently, and can be pre-ordered here.

16. John Cage & Margaret Leng Tan – In a Landscape – taken from the album Daughters Of The Lonesome Isle – Buy

I’ve always been of the opinion that there is no good music that pre-dates the early 1970s. However, this piano piece from 1948 has proven me wrong.

I’ve overdubbed it with the track Aura, by Photek, one of my favourite ever producers. The track Aura is taken from the album Solaris, which I now own three copies of. A vinyl copy that I bought when it came out in 2000, a signed vinyl copy which appears to have been won through a Radio 1 competition, and a CD copy. It’s an incredible album of electronic, atmospheric music.