This month’s mix is a worldwide affair, with music from Estonia, Japan, France, Germany, Ukraine, Russia, UK, and the US.

We kick off with some Estonian funkiness, before moving into a brief array of jazz, early disco (from an era some might describe as the birth of house music), and latin music.

We then dive into a set of ambient electronics, much of which features musicians who are new to the podcast – Endless Melancholy, in particular, is likely to be a regular in future episodes.

The mix then concludes with set of techno and electro tracks; some old, but mostly new…..

In a marked change to the usual proceedings, this month sees a guest mix by King Moot; In celebration of the forthcoming Whitman Strategy series of EPs, King Moot’s Mysterio Mix is a somewhat baffling journey through the psyche of King Moot, a Dorset-based electronic music project.

This month’s mix is a broad selection from across the electronic spectrum, from the pioneering 80s synth work of Sven Grünberg, 90s jungle from the likes of DJ Gunshot, and an array of relatively recent ambient music from the likes of Bop, Brian Eno and Nine Inch Nails.

The Lauren Bacall is a vinyl-only label which existed between 2016 and 2018, releasing five x EPs, and an LP in that time. It specialised in a particular flavour of deep house; this mix is a showcase of my personal favourites from the back catalogue.

Grant, who was later revealed to be producer Anthony Collins, has continued to release as Grant, through both a series of GRANT white labels, and, more recently, a new label, Dukes Distribution.

It’s likely that I’ll follow this up with a post-Lauren-Bacall mix, as the newer stuff maintains the same level of quality that graced this now highly collectable label.

All of these records are now out of print, but you may be able to find some of these on the discogs marketplace….

So here is the summer edition of the podcast….a curious compilation of synth pop, ambient and library music. 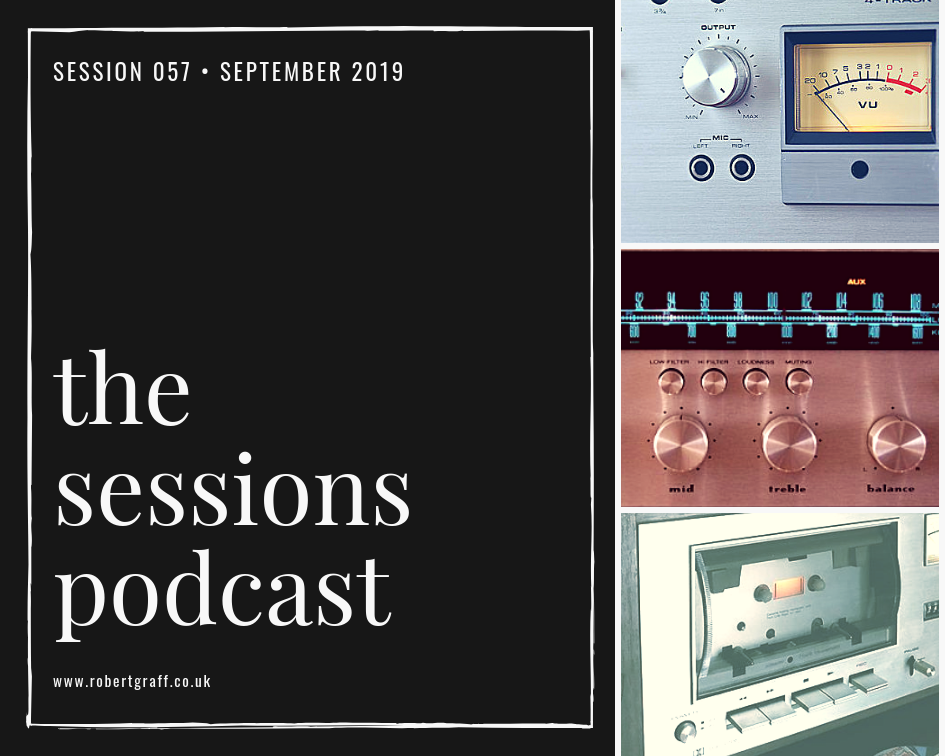 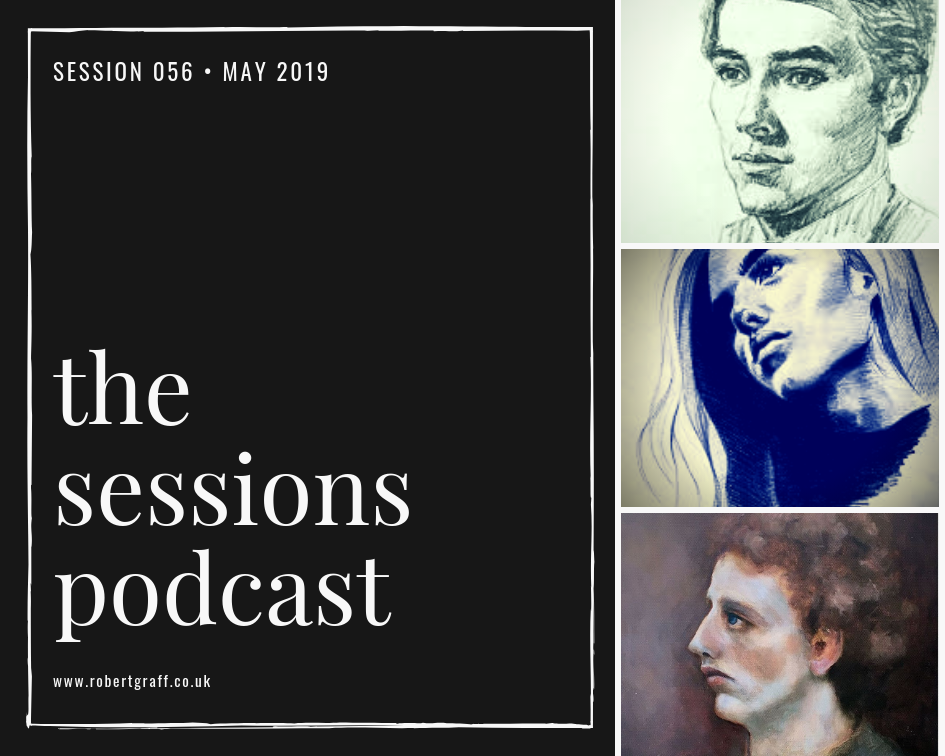 I’ve been thinking lately about what would happen if no-one ever wrote any more music. Whilst that would, in some ways, be terrible, I’m always discovering music I hadn’t heard before, and it’s often not brand new, so I don’t think it would be all that bad. More music already exists than any one person could ever listen to in a lifetime, you just have to dig for it…

Anyway, with that in mind, I make no apologies for all the old music on this month’s episode. A lot of it’s actually pretty new to me….

Vince Watson should need no introduction – he’s appeared several times on this podcast – in fact, he debuted on episode 1, with his track Rendezvous, which is simply one of the best records I’ve ever stumbled across. He’s a titan of techno music, and his work has a unique mood that I really enjoy.

Eduard Artemiev’s work is new to me, however the work itself is very old – he scored music for the Russian director Andrei Tarkovsky, famous for films such as Mirror, Solaris, and, as featured here, Stalker. It’s very futuristic, given it was written around 1980. I’m not sure what to make of the films themselves, but they definitely look and sound amazing.

The FSOL track is from a CD single I stole from my brother, Tim. Sorry Tim, you’re never getting that back. The whole single is absolutely fantastic – it’s made up of five parts, and it’s basically an album. It’s incredible to listen to, and I’m ashamed to say I’m still not as familiar with the back catalogue of FSOL as I should – although I’ve enjoyed some of that Environments series they put out a couple of years ago.  Cascade is taken from the album Lifeforms, but the album didn’t do it for me, last time I tried it. Maybe I’ll give it another go soon…

The B12 track, Phett, is old, but entirely new to me. As I think I’ve mentioned before, in the 90s I was an avid collector of drum & bass, so I didn’t buy as much techno as I should have done. I’m not particularly familiar with the Warp back catalogue but, if this is anything to go by, I need to go through it.

As always, I hope you’ve enjoyed this episode. 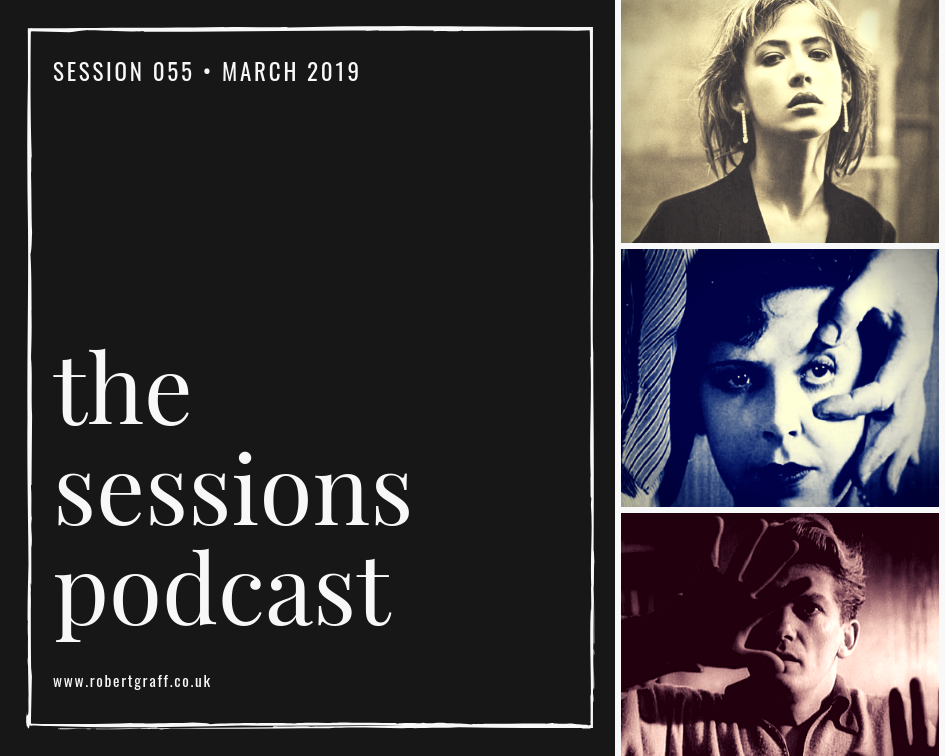 Ok so here’s the first podcast of the year; as usual, I have been busy both buying records, and writing new music, so have taken my time in compiling this next episode. As per usual, it’s a fairly eclectic mix of obscure drum & bass singles, some early experimental synth work, some funky grooves, and a little bit of ambient music; something for everyone, I like to think!

There’s a story behind most of the songs selected in the podcast, so, for those that are interested…..Steve Alexander is a drummer who previous toured with Duran Duran. Back in the late 90s, a number of musicians from outside of the drum & bass scene took an interest in the music, often with some success; Steve’s two 12″ singles for Reinforced are full of soaring melodies and lovely guitar lines. This one’s a lovely track I’ve never forgotten…

Fast forward 17 years and we have Akuratyde, a US-based artist, with a similar, highly musical take on the genre, with lush guitars and keyboards. His debut album, Past Lives, has recently been released on the BMTM album.

The Julianna Barwick album seems to originate from a similar place to the fantastic Grouper album Ruins, that’s graced this podcast many many times. However, JB also has some pretty extraordinary synth work across the wider album; it’s well worth checking out in full.

PFM’s How Do You Do comes from LTJ Bukem’s Good Looking Records, one of the finest drum & bass labels ever. These Earth compilations pushed the label beyond drum & bass, and PFM’s efforts here have resulted in a very classy track which mirrors his d&b tracks, but at a more funky tempo.

The Detroit Experiment is a Carl Craig side project – a little like the Innerzone Orchestra album for Talkin’ Loud, Craig again assembles some of the finest musicians, for an album project that covers funk, soul, jazz and all kinds of things in-between. This album is now notoriously difficult to find, but good luck!

Hot Pants is without doubt my favourite breakbeat. Originally released in 1971, this “Bonus Beats” edit didn’t hit the shops until 1988. Drum & bass would not be the same without it.

Thought Gang is a bizarre jazz experiment from director David Lynch and musician Angelo Badalamenti. A TG album has been rumoured since the early 90s, when two tracks ended up on the Fire Walk With Me soundtrack…I’m sure he listed the album for sale on his davidlynch.com website, maybe 15 years ago? Anyway, it has finally been released, and it’s an absolutely mental record. Beyond words, really. Well worth checking out.

Thomas Ragsdale is one half of worriedaboutsatan, who I understand have a new album out. They appeared on this podcast only last month. I shall be checking out the new album imminently.

Code Blue, also known as Slipmaster J, is a producer from the very early days of drum & bass. The production on this record, in particular, always blows me away – amazing reverbs and delays, excellent percussion, panning effects – it’s got everything. I think this is a highly under-rated drum & bass record.

The oriental theme continues with a record produced 12 years later, for the now legendary Darkestral Recordings. This is like a latter-day Ni Ten Ichi Ryu, and is pretty staggering.  A tense and cinematic piece of music.

Bibio is one of my favourite electronic musicians – It’s probably unfair to describe him as that, as he can clearly make pretty much any kind of music, from wonky acoustic tracks, to funky electro pop like this very track. I always found the female spoken words in this track pretty spellbinding.

Suzanne Ciani is an American musician, composer, and record label executive who found early success in the 1970s with her innovative electronic music and sound effects for films and television commercials. Paris is taken from a compilation of early works. She’s a true innovator of electronic music.

I’ve been sitting on this compilation of Gigi Masin for a while now; he’s an ambient musician from Venice. His piano and synth work is pretty outstanding – you can hear influences of his work in much modern music today.

Leon Vinehall had a series of pretty straight up house music 12″s before he embarked upon a much more experimental modern classical project, with lots of synths and samples. The album is pretty groundbreaking stuff, and well worth checking out in full. Another excellent signing for the highly influential Ninja Tune label.

The label Naked Music, Run by Jay Denes & David Boonshoft. had a great run of soulful deep house records. However, their artist albums were always a bit more pop focussed, and this Gaelle album (her one and only LP)  is almost certainly my favourite. I’m not sure if the label is still operating today, but it’s well worth seeking out the various compilations released by the label, if you can find them.

The podcast ends with Thom Yorke – from the first album to be released via a Bit Torrent. I can’t recall if that’s how I personally received the album, but I think it might have been. Maybe Thom thought it would catch on, but I think it’s still the one and only album I bought in this manner. The album itself is maybe not as satisfying as the Eraser, but I particularly like this track – it’s very lively and builds to a massive crescendo. 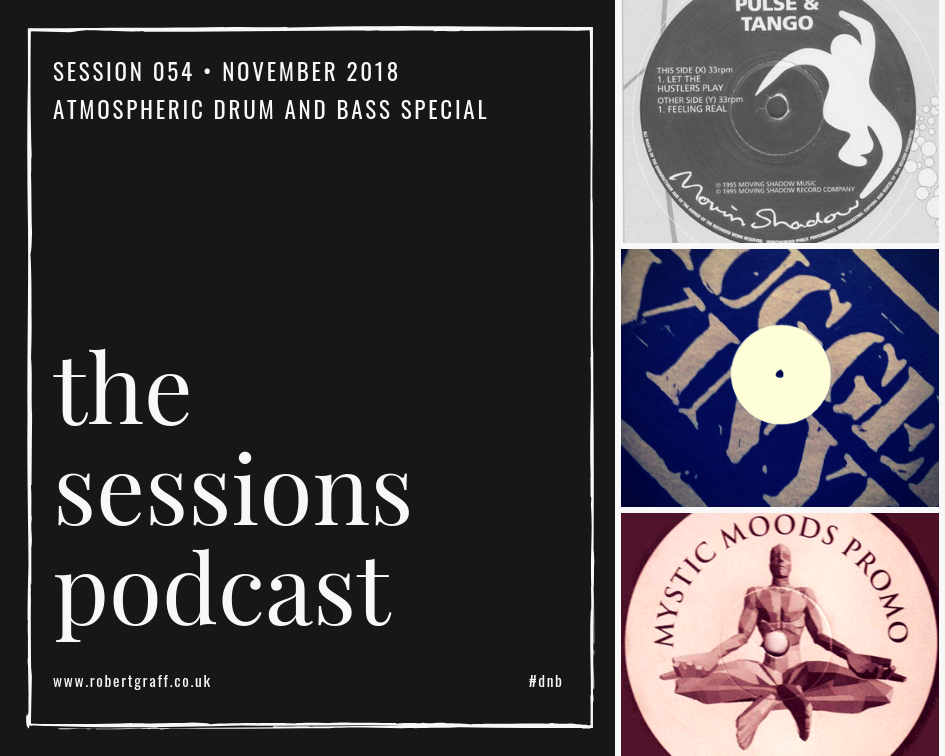 When I first started collecting records, it was because of an interest in early hardcore stuff from around 1991 / 1992.

Not long after that, I switched to jungle / drum & bass, which was pretty ground-breaking around the mid-nineties. This mix is dedicated to the more ethereal, atmospheric sound championed by DJs like LTJ Bukem; however, I’ve tried to avoid the Good Looking back catalogue here, as it’s a well trodden path; there were plenty of other labels and artists with their own take on that sound – so here’s a mix to celebrate those unsung heroes of atmospheric drum & bass… 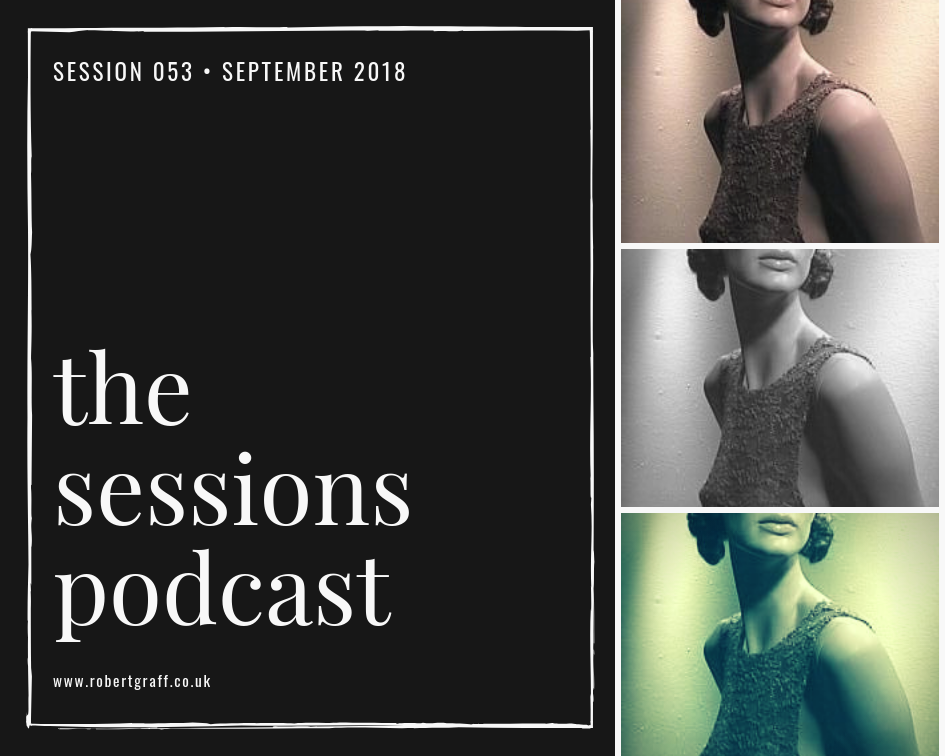